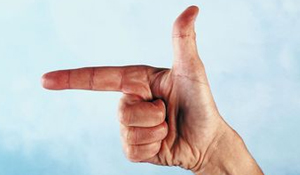 “Today, as the Vice President meets to discuss gun control, I can’t help but wonder why parents’ groups haven’t been invited to the table? As the President of the nation’s largest public policy women’s organization, I would be happy to represent over 500,000 women worried about the security of their most precious possession, their children and the ability to protect them. One in 10 women has already made a choice about protecting their children and has chosen to own a gun (CNN).

“Shouldn’t Parents’ Television Council, who works tirelessly to protect our children from the glorified violence in media, have a seat at Vice President Biden’s table as well? Shouldn’t we have more input from groups who represent those with mental illness? National Association on Mental Illness should have a say, given that the shooters in Sandy Hook, Aurora, and Columbine all exhibited signs of mental illness. Vice President Biden needs to pull up a few more chairs and bring all concerned to the table focusing less on gun control and focusing more on those who control the guns.”

If you would like to schedule an interview with CWALAC CEO and President Penny Nance please contact Alice Stewart at alicestewart1@msn.com or 202-365-5654.

Concerned Women for America Legislative Action Committee is the nation’s largest public policy women’s organization with 500,000 participating members across the country, over 450 Prayer/Action Chapters and Home Teams, 600 trained leaders and over 30 years of service to our nation.
This entry was posted in The Gun Show Blog. Bookmark the permalink.